It still stands as one of the highlights in the history of Festival Dag in de Branding: our special production of the opera Rage d’Amours by Dutch composer Rob Zuidam. In December 2010 we were able to work together with the Residentie Orkest and the (then still existing) Dr Anton Philipszaal to present this wonderful new production of Zuidam’s opera. At the date of performance, the City of The Hague presented the composer with the Kees van Baaren Award for Rage d’Amours, which was originally commissioned by the Boston Symphony Orchestra and the Tanglewood Festival (Boston, USA) in 2003. The European premiere took place at the Holland Festival in June 2005.

The cast of the 2010 production included several singers who were also there at the Holland Festival, like baritone Romain Bischoff and sopranos Young-Hee Kim and Claron McFadden, but also some new discoveries by Dag in de Branding, like the young tenor Erik Slik and soprano Katrien Baerts. Projections by Belgian video artist Peter Misotten further submerged the audience in the opera’s haunting story. The opera was played twice to a packed and wildly enthusiastic Dr Anton Philipszaal. 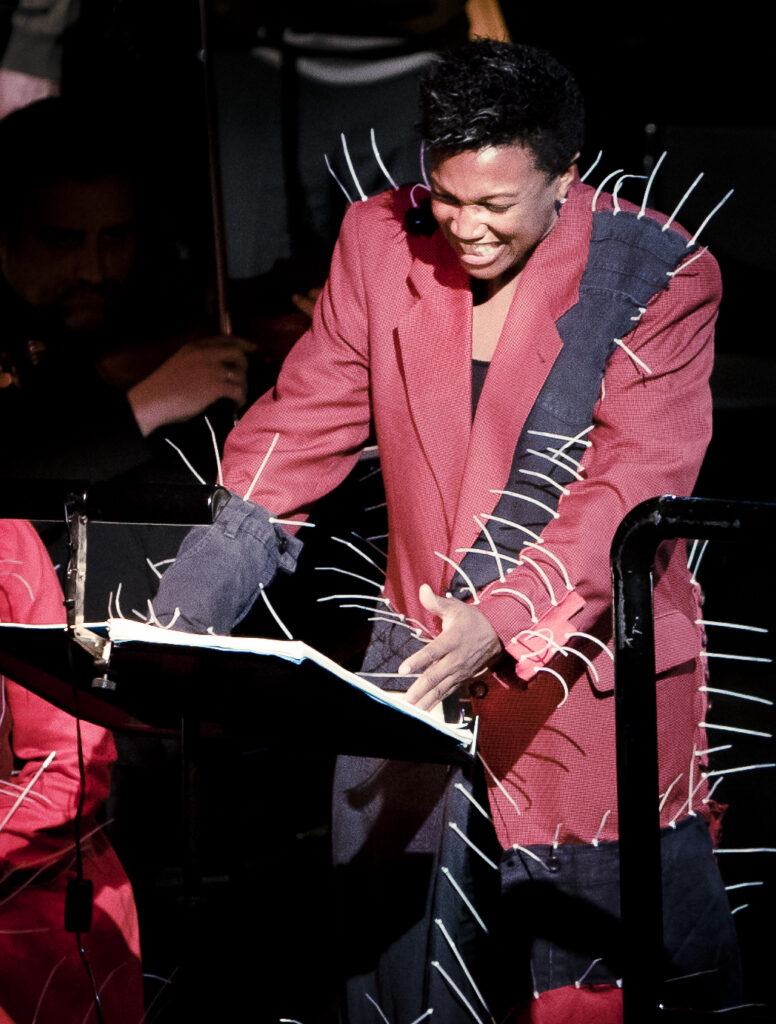 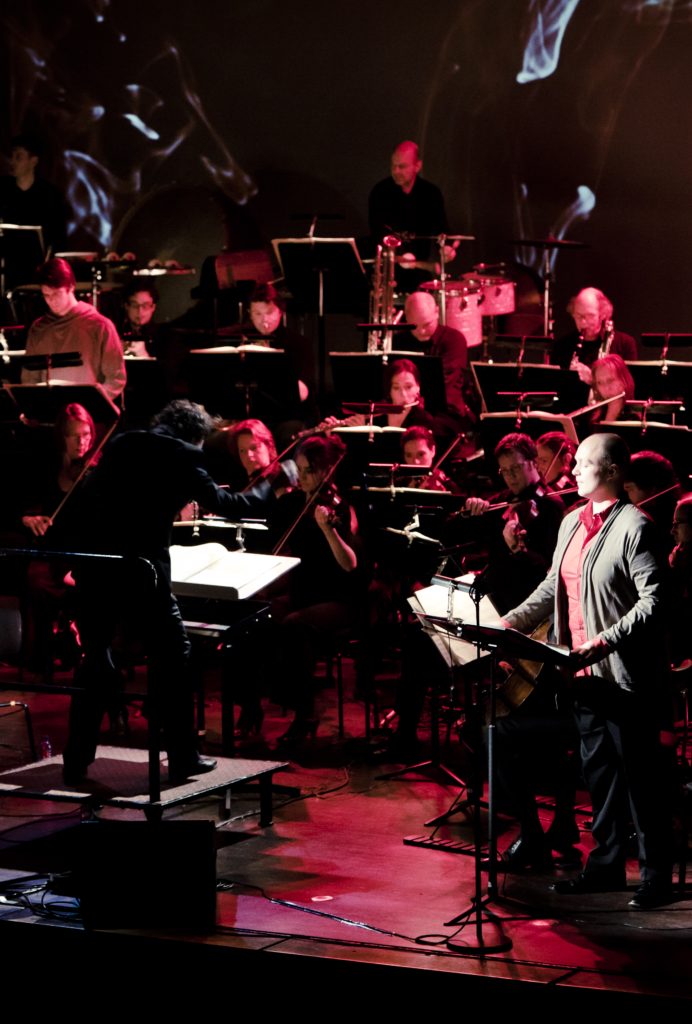 The subject of Rage d’Amours is the boundless and unconditional love of Joanna the Mad for her husband, Philip the Handsome. Joanna the Mad (1479-1555) was unable to part with her beloved husband when he died in 1506. Until she would be locked into a convent tower for the rest of her life, she carried Philip’s remains with her on her nightly wanderings through the Spanish regions of Castille and León. She would frequently halt the procession in order to open the casket, either to embrace and kiss her husband or to check if he was any closer to the moment of his predicted resurrection. Joanne spent the final 46 years of her life in confinement at the convent of Tordesillas, in a room whose only window provided a view of her husband’s grave. She would often be heard singing to him and whispering sweet words of love.

Rob Zuidam was the first to ever write an opera about this highly unusual love story. He gave it a remarkable twist by writing the lead role of Joanna the Mad for not one, but three different sopranos, which allowed him to highlight the different aspects of the character – a fascinatingly schizophrenic effect.

Rob Zuidam (Gouda, 1964) studied composition with Philippe Boesmans and Klaas de Vries at the Conservatory of Rotterdam and with Lukas Foss and Oliver Knussen at the Tanglewood Music Center (USA). He has been the recipient of many awards, including the incentive prize of the Amsterdam Kunstenfonds for his compositions Pancho Villa and Fishbone and the Composition Award of the Conservatory of Rotterdam. Zuidam has a highly diverse musical background: he is a classically trained pianist, but also played guitar in punk rock bands. He writes for a wide variety of musical line-ups, in a style that is remarkably lively and energetic. His compositions often have a rock-like drive.

“More than any other living composer in the Netherlands, Rob Zuidam is above all a creator of operatic music as well as a gifted librettist.” Jury of the Kees van Baarenprijs (2010) 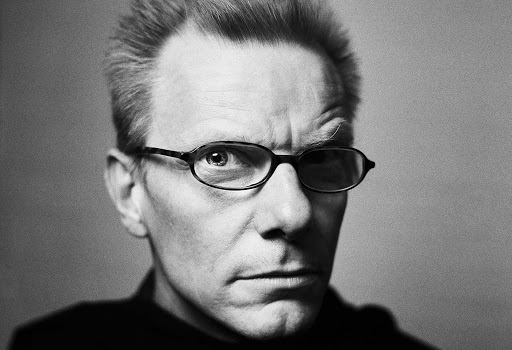