Over the past two years, Saskia Lankhoorn has given centre stage to music of the 21st century at Festival Dag in de Branding, through projects that were a treat as well as a challenge to audiences’ ears and eyes. With her preference for interdisciplinarity, contrasts, intimacy and flexible arrangements (both on stage and in the auditorium) she has been able to surprise audiences again and again. For the final act of her curatorship she has asked two young composers to write music that would fit Scheveningen’s dune landscapes. Saskia chose two up-and-coming talents whose dedication to their own musical world is as strong as their social commitment: Anna Korsun and Maxim Shalygin.

Diner is served in De Fuut from 7.30 pm, this is included in the passepartout

Pianos in the deep

Diner is served in De Fuut from 7.30 pm, this is included in the passepartout 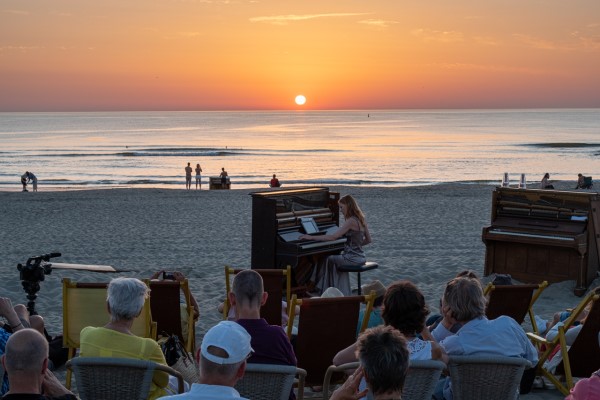 Saskia Lankhoorn on the beach