Trackers Cycle is a series of four compositions based on the satyrical drama Ichneutai by Sophocles. These are titled Trackers, Satyr Drama, Testudo and Waveshaper. These pieces were written specificly for the Amsterdam based ensemble MAZE and will be performed together for the first time in this concert. The fourth piece, Waveshaper, sees its worldpremiere tonight.

In Satyr Drama, text fragments are projected synchronously with various beats. The musicians improvise to this background based on characters from the Ichneutai.

Testudo is a solo for double bass and live electronic music written for Dario Calderone, in which tortoise sounds are transformed into a crazy virtuoso spectacle.

Waveshaper is the conclusion of  theTrackers Cycle in which the musicians all follow a separate audiovisual score and translate soundwaves into musical patterns. 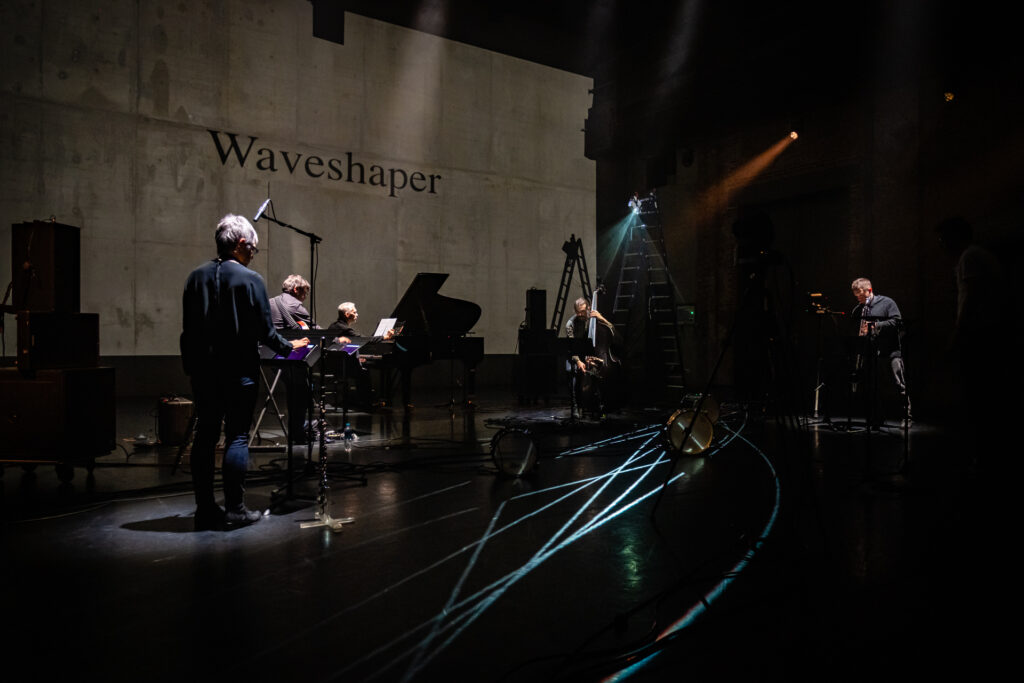 Maze is an electro-acoustic ensemble dedicated to formal experimentation and hybrid notations in the tradition of legendary American trailblazers such as John Cage, Robert Ashley, Alvin Lucier and Pauline Oliveros.