Ensemble Klang shed their own distinctive light on the piano. The piano occupies a pivotal role around which the music rotates in this program of works from three of the most revered international composers working today. In John Luther Adams’ lush and expansive ‘concerto’ it is the point of origin for sounds that spread and swell around the hall. While Mayke Nas’ six performers encircle and operate on the insides of the instrument to summon otherworldly sounds. The rotations continue in Michael Gordon’s ‘Hyper’, a frenetic work that sets Ensemble Klang on an endless journey climbing ever-faster up Escher’s Penrose Stairs.

John Luther Adams states that Four Thousand Holes is “essentially a concerto”, one where the orchestral role is taken by electronics. This expansive, rhythmically complex and technically demanding work places the piano centre stage, accompanied by metallic mallet percussion “like sparks emanating from the piano”, and supported by the electronics themselves rendered from the sounds of the acoustic instruments’ sonorities.

John Luther Adams on Four Thousand Holes: “I’ve chosen to restrict myself to major and minor triads. Approaching these simple chords as found objects, I’ve superimposed them in multiple streams of tempo, to create darker harmonies and lush fields of sound.

In Four Thousand Holes, strong musical currents fall and rise, again and again, as points and lines are juxtaposed with heavy, hammered chords. The mix of the “live” and electronic sounds blurs the distinction between musical figure and ground. As in much of my recent music, I conceive of the entire piece as a single complex sonority that evolves slowly. As we settle into the sound, we begin to hear long lines, counterpoint, and maybe even the occasional trace of a tune.” 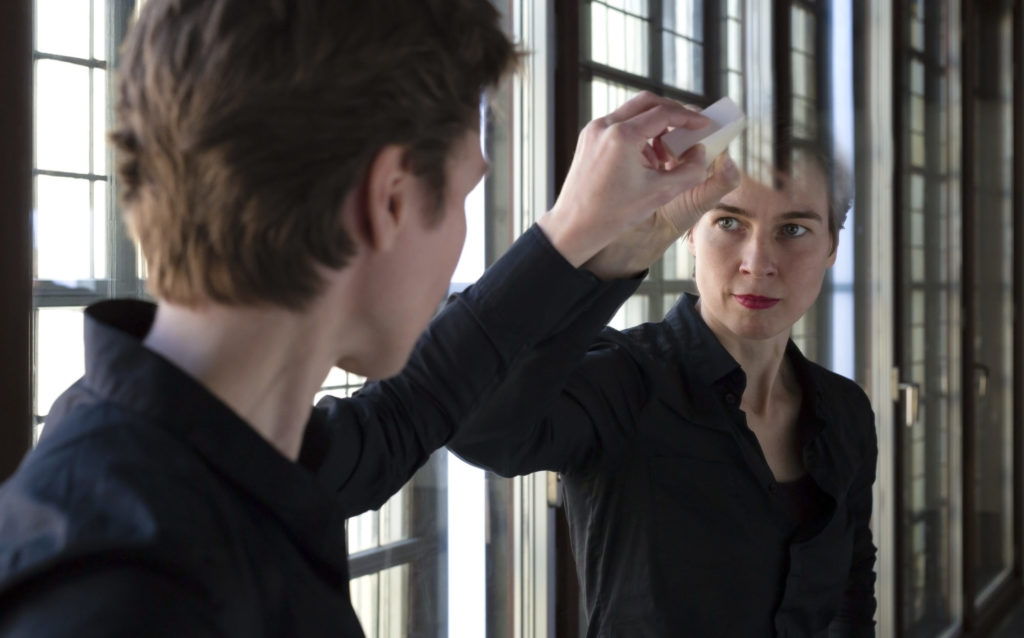 Mayke Nas on Douze Mains: “Two great joys in my life are the simple do-it-yourself fun of playing quatre-mains (especially with my grandfather) and letting myself be surprised again and again by one of the most creative, quirky and contagious music of the twentieth century: The White Album by the Beatles. This is my ode to both of them. Six players are placed around the grand piano like surgeons around the operating table. The lid of the piano has been taken off. With basic household tools the musicians operate on the inside of the instrument. The patient responds to the treatment moaning, giggling and groaning.”

Michael Gordon on Hyper: “In Hyper I attempt to create the musical equivalent of an impossible object, an optical illusion in which an impossible geometry is represented. Impossible objects fall up, open in and out, and twist irrationally in space. One impossible object is the Penrose Stairs – stairs that climb upward but somehow loop in a circle, so that no matter how far one climbs they always return to the same place. Similarly, music can travel through keys and end up where it began. These types of illusions, which are common in the art of M. C. Escher, are taken to absurdist ends in literary works like Alice in Wonderland: “Now, here, you see, it takes all the running you can do, to keep in the same place.” In Hyper I create quixotic geometries without concern for the laws of physics.”