Kathinkas Gesang als Luzifers Requiem (Kathinka’s Chant as Lucifer’s Requiem) is one of the most inspired pieces in Stockhausen’s cycle of operas LICHT. In this instrumental scene from Samstag aus LICHT, a flute-playing cat celebrates a requiem for Lucifer who lies apparently dead in his grave. 24 ritual exercises are supposed to guide his soul to clear consciousness. Kathinka is accompanied by six figures playing percussion instruments. They surround the audience and create a magical, but also humorous, atmosphere. As it transpires, Lucifer is not actually dead.

Stockhausen wrote this scene especially for Kathinka Pasveer, his muse, who he had met while she was still studying at the Royal Conservatory in The Hague. He wanted to challenge her to push boundaries. His score demands special playing techniques, microtonal passages and a nuanced combination of singing and flute playing. It culminates in an enchanting flute solo which is guaranteed to stir each and every listener. 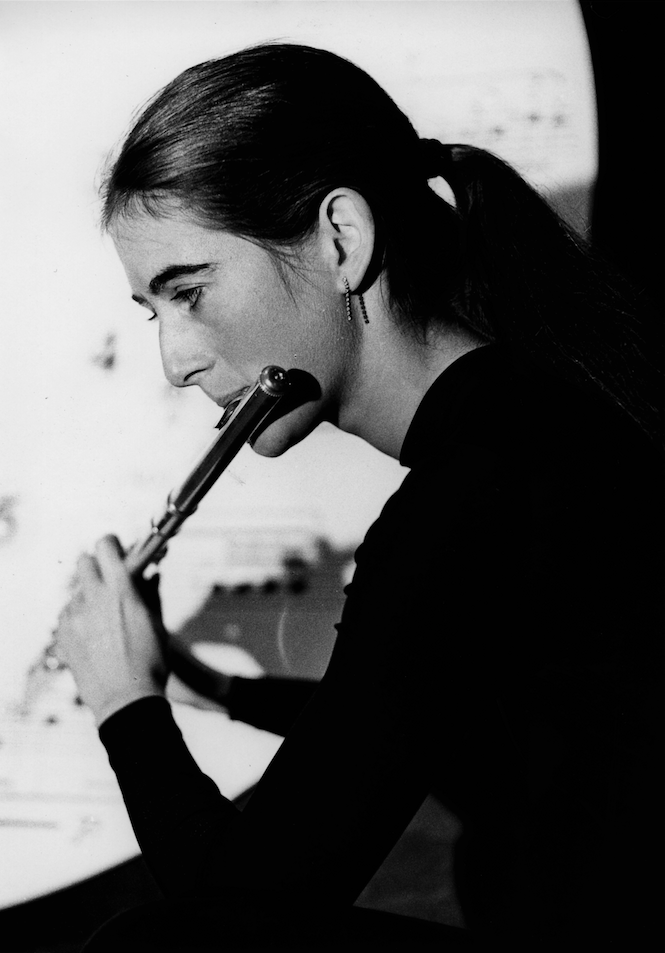