Repeat their names is a composition for vibraphone, tape recording and video created by Jimena Maldonado in response to the protests on International Women’s Day 2021 in Mexico City. Protesters wrote the names of thousands of Mexican women who were murdered, disappeared or oppressed on the metres-high fence the authorities had erected to ‘protect’ the National Palace. They turned the fence into an impressive monument.
Maldonado incorporated the many names into her powerfully affecting composition. Her piece was composed, performed and recorded by women, and its creators consider it a small monument to express their anger at feminicide and violence against women, not only in Mexico, but around the world. 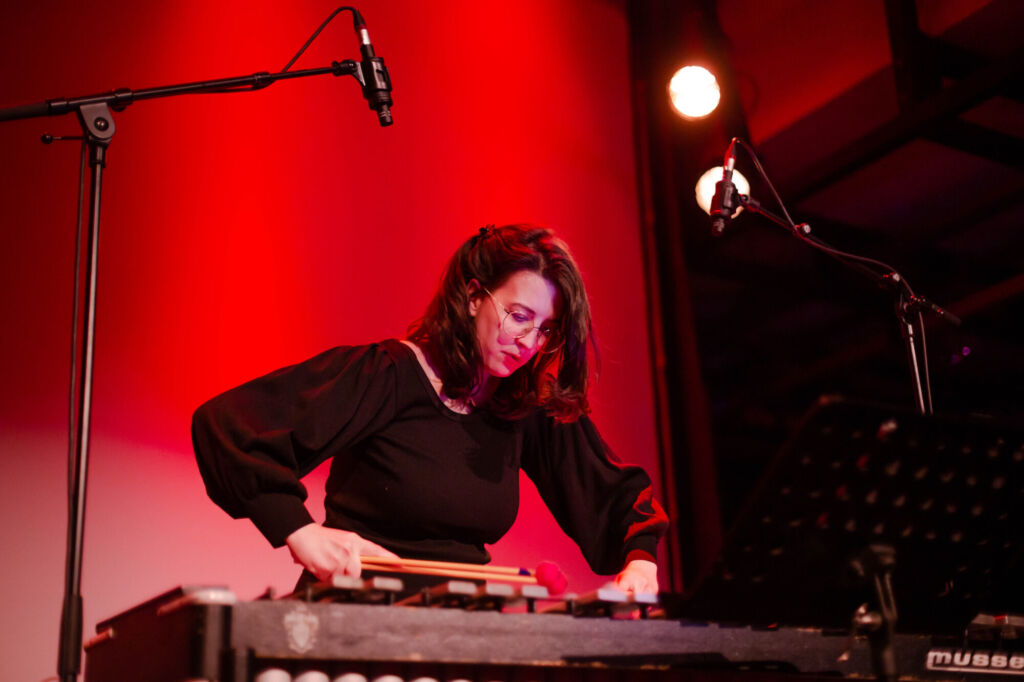 At 5:45 pm there will be a Q &A in Club Korzo with musicians and composers

At 5:45 pm there will be a Q &A in Club Korzo with musicians and composers